A contraction/control joint, or saw cut, is a type of concrete joints which serves to control the location of cracks and relieve stresses. Basically, as concrete cures, it exhibits volumetric changes mainly due to shrinkage, temperature, and moisture. For this reason, if the movement is restrained, concrete will crack, randomly. Here comes the importance of a control joint or saw cut, which represents a weakened plane for the cracks to form, thus controllably and not randomly.

In fact, control joints are very common in interior and exterior applications such as slabs on ground and walls. But, since they are grooves or cuts with possible cracks, they can be prone to collecting dirt and intruding water. Thereby, the topic boils down to questions including: is sealing or filling control joints in concrete slabs always necessary? What is the difference between those two terms? What is the importance of each?

In this article, you can find precise answers to all these questions. In brief, this article thoroughly addresses sealing and filling control joints, from a technical point of view, covering its major details.

Is sealing or filling control joints in concrete slabs necessary?

Sealing or filling control joints in concrete slabs on ground is “generally” not necessary. For instance, ACI PRC-224.3 states that such joints “may” be sealed to improve their performance. In addition, other standards, such as the CCAA, also mention that the application of sealants is not necessary. However, these standards also address the importance and benefits of concrete control joint fillers and sealants, and their improvement to the overall performance of control joints, especially in certain industrial applications.

In fact, sealing and filling are two distinct processes, being different in terms of materials, purpose, and joint configuration.

Sealing in this context refers to the application of a joint sealant material. In general, builders prepare the surface of the joints, add an adequate backer rod, then an elastomeric joint sealant. 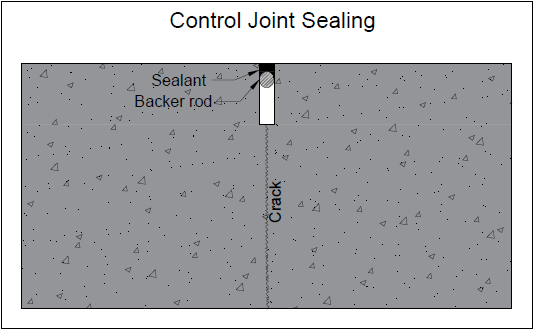 The main purpose of sealing a control joint is to protect it from the intrusion of any foreign materials and water. In fact, elastomeric sealants can provide this protection since they are highly flexible, thus being able to accommodate to the movements of the joint while protecting it.

Filling control joints in concrete slabs is the application of a joint filler, and not a sealant. The main difference between a concrete control joint filler and a sealant is that the former is harder and does not owe the high elasticity of the sealants. In addition, it is applied to the full depth of the saw cut, instead of a specific shape factor with the use of a backer rod.

The basic application procedure of concrete saw cut joint fillers starts with simple surface preparation. Then, the filler material is applied to the full depth of the saw cut without any bond breakers or backing up materials. In fact, it is best to slightly overfill the joint then cut it to the floor level. 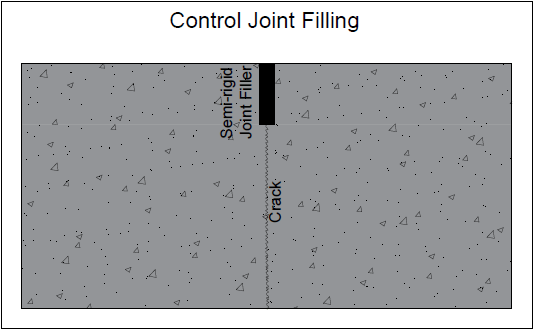 The main purpose of control joint fillers is not only to protect the joint from the intrusion of foreign materials and water, but also to provide support to its edges. In addition, joint fillers do not “weld” the adjoining panels. Specifically, if the stresses are excessively high, the saw cut joint filler is the first component to fail, generally cohesively or adhesively, and not the edges or the concrete panels (cracks).

When to use joint sealants and joint fillers: The controlling factors

In general, in applications where joint edges are not subject to high impact or point loads, such as most residential projects, the major factor to consider is:

With only this controlling factor, a wide range of materials are suitable including different types of sealants and even control joint fillers when applied at the right timing.

Whereas, in applications where traffic with hard wheels, such as forklifts and trolleys, are present, the key factors for a successful performance of control joints include:

This tight balance between these three factors narrows the product selection to semi-rigid concrete control joint fillers, such as epoxy and polyurea.

In addition, in applications where a seamless coating is to be applied, such as coating a garage floor with epoxy, a semi-rigid filler is required to provide support while being able to accommodate to slight movements.

Why sealing or filling control joints in concrete slabs is so important?

The function of joint sealants or fillers is to prevent the intrusion of liquids and incompressible materials. In addition, fillers also serve in supporting the joint edges. But what could happen if joints were left open?

Intrusion of water or liquids

The intrusion of liquids in control joints can cause various problems including:

Also, the intrusion of incompressible materials can significantly affect the performance of control joints. This is especially true knowing that control joints also serve as expansion joints when they are in an open state. Thereby, in this case, the reduction in the effectiveness of the joint causes:

In addition, the intrusion of incompressible materials to control joints can also affect other types of nearby or following joints.

In slabs exposed to traffic with hard wheels, exposed and unsupported joint edges can easily suffer from spalling due to impact and concentrated loads.

Thereby, sometimes sealing and filling control joints can be really important. In fact, it is almost always beneficial, and can help avoid various problems and expensive fixes. 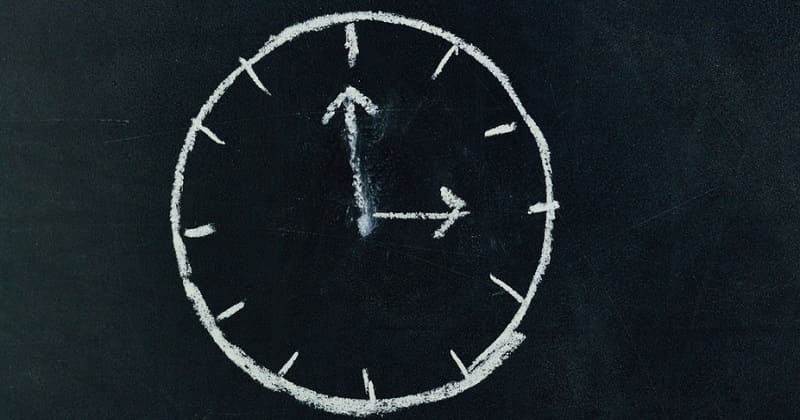 In order to better apprehend the importance of timing, let us first briefly explain the purpose of control joints. Mainly, this type of joints serve in controlling the location of cracks and relieving stresses mainly due to shrinkage. In fact, shrinkage in slabs on ground can generally continue for years. However, most of it occurs in the first four years, with the most significant part in the first year, mainly in the first 90 days, as the ACI 302.1 states.

But how does this shrinkage translate to the behavior of the saw cuts in concrete slabs?

As concrete continues to shrink, these joints continue to open. For this reason, the longer you wait before applying the sealant or filler to control joints, the less additional stresses it will exhibit due to shrinkage. In fact, timing is more critical in joint fillers than in joint sealants. This is especially true with the evolvement of modern elastomeric joint sealants, which can be highly flexible compared to the relatively low movements of control joints. However, joint fillers are not as flexible as sealants, thus reducing any additional stresses with proper timing is important.