Types of Concrete Joints: All You Need To Know

Definition of joints in concrete

A concrete joint can be defined as an interface, separation, or weakened plane that is created or designed to serve a specific purpose, depending on its type.

Why do concrete structures need joints? 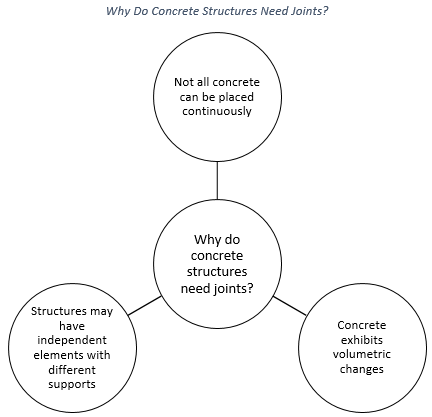 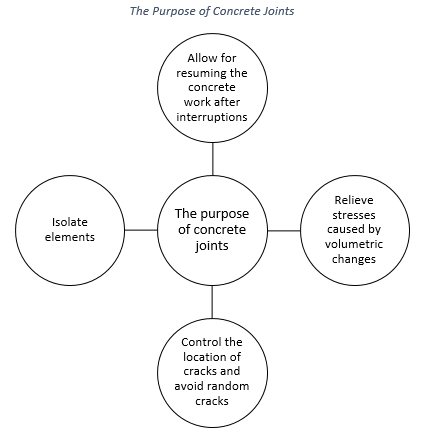 Thereby, the purpose of joints is to:

However, depending on the type of the joint, it can serve one or more of these purposes.

Types of joints in concrete 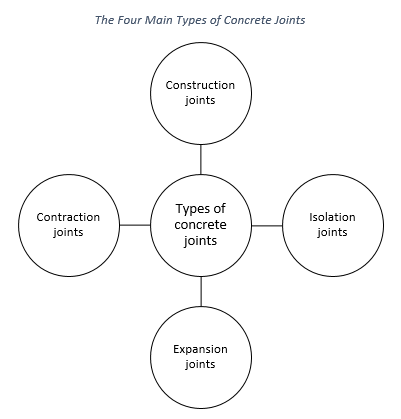 Mainly, there are four types of joints in concrete: construction, isolation, expansion, and contraction joints.

A construction joint is basically an interface between two concrete pours, with a time interval longer than the initial setting time of the first. Hence, this type of joints is created to allow for resuming or continuing the concrete work after interruptions. In fact, these interruptions can be either intentional or unintentional.

Intentional or planned interruptions are mainly related to the fact that it is simply impractical to place all concrete continuously, or to the use prefabricated elements. Whereas, unintentional interruptions include any unplanned termination of the concrete work, generally due to equipment failure, accidents, unexpected weather conditions, or delays.

In general, there are four types, or configurations, of construction joints, including keyed, dowelled, bonded, and butt joints. 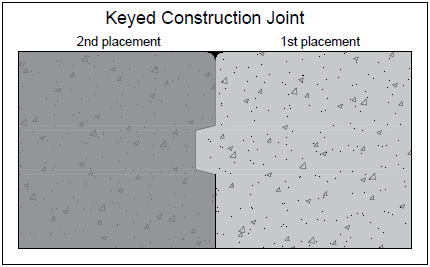 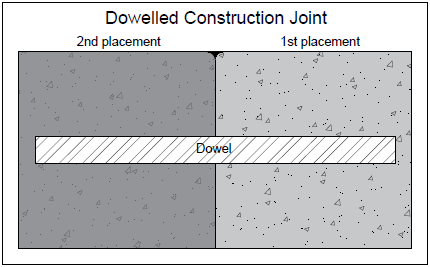 A dowelled construction joint is an interface which allows heavy load transfer through smooth or sometimes deformed dowels, which an aggregate interlock cannot bear. In general, such joints consist of smooth dowels bonded to one side, and lubricated on the other side. But in some cases, hooked or deformed bars are used.

A bonded construction joint is an interface which permits the continuous transfer of loads, and thus flexure and shear stresses. Otherwise, without proper load transfer, the interface would be weak and the joint would serve as a contraction joint. In general, this type is applicable when it does not coincide with contraction joints. 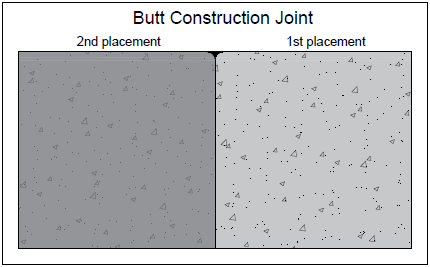 This type of construction joints does not provide flexure and shear continuity. Thus, it is only suitable in applications where load transfer is not of a concern, and when it does not coincide with other types of joints. However, when load transfer is a major factor, such joints require dowels, keys, or thickened edges. 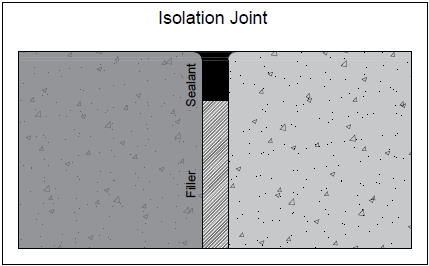 An isolation joint is a separation that completely isolates the movement between two elements. Accordingly, such joints are full depth and do not permit any continuity in steel reinforcements and obviously concrete. Hence, they do not allow for load transfer.

An expansion joint is a gap having an adequate width to remain effective under volumetric changes. In particular, this type of joints aims to reduce the stresses induced by volumetric changes due to temperature, by allowing portions to expand and contract without getting in contact with each other.

Unlike isolation joints, expansion joints are usually dowelled or sometimes edge-thickened, to allow movement and some load transfer.

A contraction joint can be defined as an intentionally formed weakened plane, through reducing the cross-section by a minimum of 25 percent. Specifically, it aims in controlling the location of cracks and avoiding the formation of random cracks caused by volumetric changes through relieving internal stresses, mainly in walls and slabs on ground. In fact, volumetric changes are mainly caused by shrinkage and temperature.

However, when concrete exhibits volumetric changes, and its movement is restrained, stresses will form. Mainly, if the tensile stresses exceed the tensile strength of concrete at a specific time, concrete will crack. But, contraction joints, which represent a weakened plane having a relatively smaller thickness, help in controlling the location of these cracks when they have a proper location, configuration, and spacing.

Besides, this type of joints transfers stresses along different segments, either through aggregate interlock, keys, or dowels.

In general, there are three types of contraction joints, including basic weakened plane, keyed, and dowelled joints. 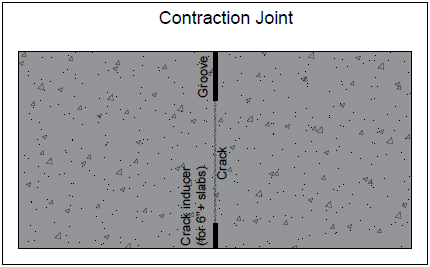 A weakened plane contraction joint is basically a joint with reduced cross-section. This reduction can be done through a groove by tooling, saw cutting, or inserting a specific pre-molded insert or a preformed strip, in addition to adding crack inducer in some cases.

This type of contraction joints transfers loads between segments through aggregate interlocking. 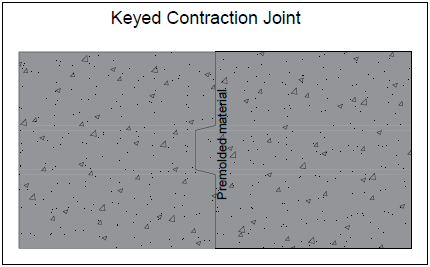 A keyed contraction joint is also a weakened plane but formed with a pre-molded material resembling a key. This type of contraction joints allows for load transfer through the preformed key, while also allowing horizontal movements. 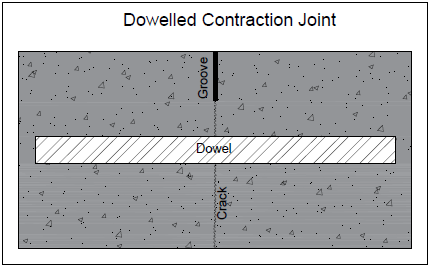 A dowelled contraction joint is also a weakened plane, however with the addition of dowels. This design is more suitable for heavily loaded slabs, and allows for load transfer through segments, while also allowing for horizontal movements. In such joints, the dowels must be smooth and either bonded on one side and lubricated on the other, or lubricated on both sides.

Concrete Slump: Meet the Standards The Most Popular Types of Modern Joint Sealants for Concrete